Homelessness alone is hard to navigate. Imagine the additional frustration and stress of trying to seek help when others can't communicate with you.

Through its Deaf Bridges to Recovery (DBR) program—formerly known as the Deaf and Hard of Hearing (DHH) program—CaringWorks provides residential treatment and recovery services for homeless adults who are deaf, hard of hearing, deaf-blind, deaf plus or late-deafened. CaringWorks empowers DBR program participants to maintain sobriety, address mental health needs, and develop communications and other skills for independent living.

DBR is the only program of its kind in the Southeast, and only three comparable programs exist in the United States despite estimates showing that thousands of homeless individuals need these services.

The DBR program offers culturally and linguistically competent therapeutic services at Hope House in downtown Atlanta, which is CaringWorks’ residential facility that provides quality housing and structured support to adult men who have experienced homelessness and are in recovery from substance addiction.

Hope House offers not only a safe and clean environment, but it is a holistic environment free of cultural or language barriers. Services include housing for up to two years, development of an individualized plan, care coordination, individual counseling, and linkage to services such as healthcare and job training.

DBR services are provided by deaf and hard-of-hearing staff members who are not only fluent in American Sign Language (ASL) and competent in Deaf culture, but are also trained to provide evidence-based practices to empower deaf and hard-of-hearing men to learn independent life skills and capitalize on their strengths to address mental health concerns and maintain sobriety.

Services that are offered include:

A room with a flashing light (2 roommates per room)

A Deaf lounge and TV with closed captioning

The DBR program is designed to address specific challenges that individuals in the Deaf community may face when accessing care and services.

Donald came to the CaringWorks in 2013. He was an active alcoholic and drug addict. Abuse as a young child had led him to marijuana and, after high school, to cocaine and other drugs. He went to college at Gallaudet University and then the National Technical Institute for the Deaf (NTID) for engineering. His addiction became so powerful after he left that he lost numerous jobs, spiraling into chronic homelessness on and off for many years. He was in and out of different programs because he just wasn’t ready. But he found a home and sobriety at CaringWorks.

“I heard good things about the counseling and that there were deaf people in this class teaching and working in the class. That made a big difference for me as opposed to having an interpreter all the time," Donald said. "The program as a whole has been valuable. This program teaches us that when there’s a problem that comes up, you can learn to fix it.”

When asked about the future, Donald said, “I feel happy, like a kid starting all over again and I’m excited for the future. Maybe in the future I’d like to have a nice home, a good car, a good relationship, and good health.” 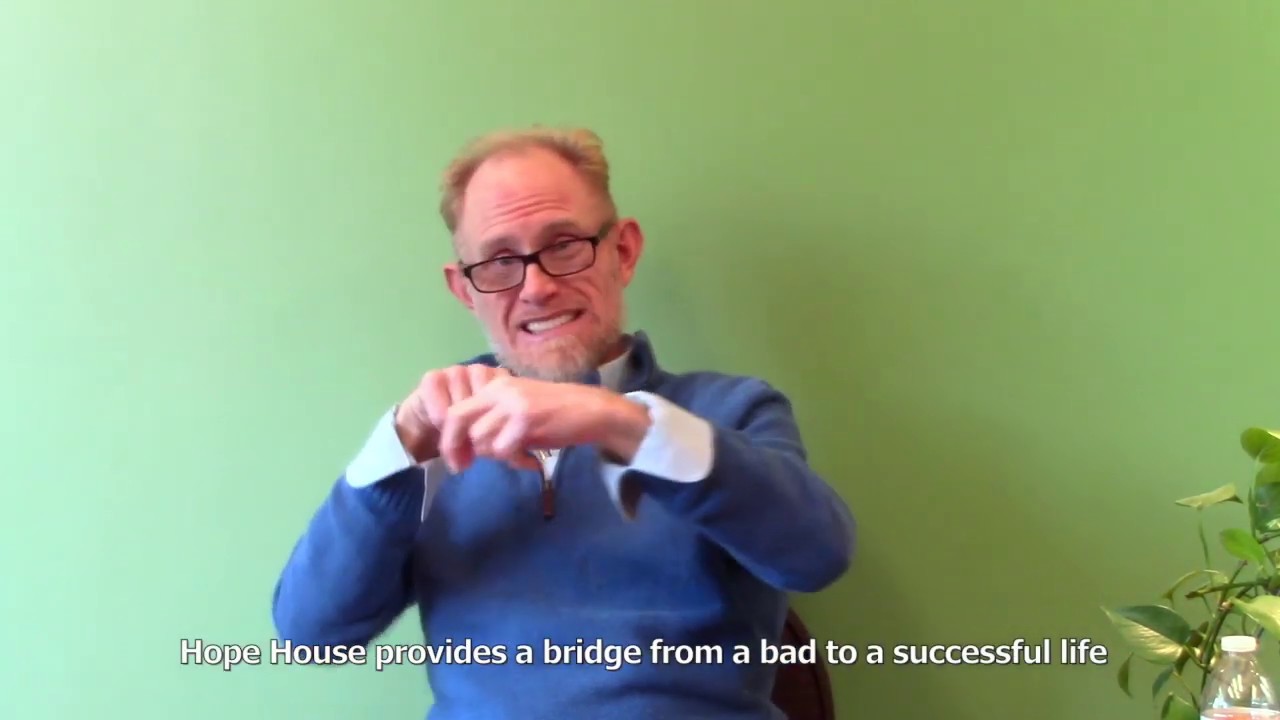 While Georgia residents will be given priority, Hope House accepts and welcomes people from any other state. Prospective members will meet with our team for pre-screening and assessment to determine program eligibility.

Once a prospective member is determined to be a good candidate for our program, we will ask them to bring the following documents for admission to the program:

CaringWorks can offer support to get a homeless verification letter if necessary. Deaf Off Drugs and Alcohol

If you have any questions, please feel free to contact Hope House. We will be happy to answer your questions. We look forward to working with you.